The Walt Disney World Resort, a mere 20 minute drive from the Pulse gay nightclub, employs over 74,000 cast members in the Central Florida region. The Downtown Orlando nightclub has been reported as a popular hangout for Disney cast members and other theme park employees. Their safety is in question after Sunday’s tragic events with at least 49 victims killed and 53 wounded – the deadliest mass shooting in US history.

On social media, many extended their prayers and concerns for the safety of cast members. 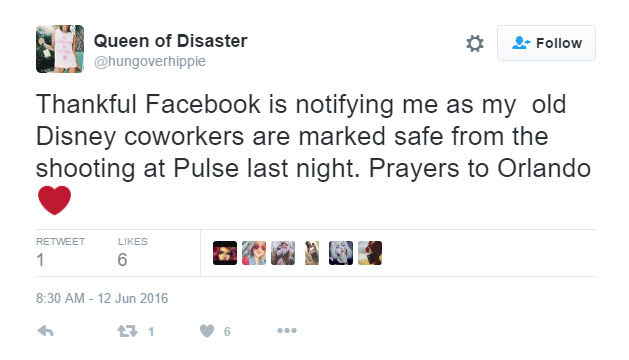 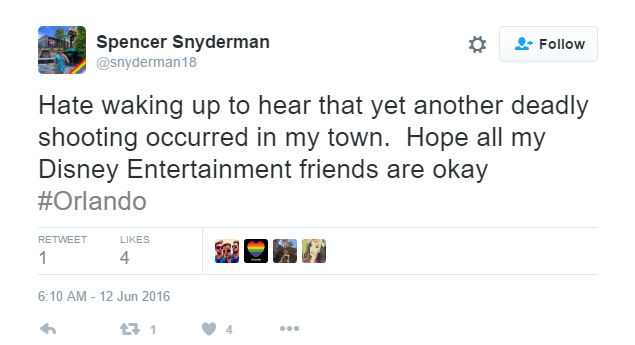 It was confirmed Monday that at least one of the fallen victims was magic-maker Jerald Arthur Wright, 31, a Merchandise Host on Main Street at Magic Kingdom. He was at Pulse that evening to celebrate the birthday of his friend Cory James Connell, 21, who also died Sunday.

“It’s hard to understand, but the people who you work with at Disney, they are an amazing family,” said Scott Dickison, a former co-worker of Wright. “Jerry was a great guy to work with. He was quiet but really wonderful with all the guests. He always had a smile on his face.”

“He was one of the kindest people you could meet,” said Kenneth Berrios, another former co-worker.

Bob Iger, CEO of the Walt Disney Company, officially released a statement in response to the shooting:

We are all heartbroken by the tragic and horrific events in Orlando, and offer our thoughts, prayers and support to everyone in our community affected by this senseless act.

Bob Chapek, chairman of Walt Disney Parks and Resorts hopes this commitment “will help those in the community affected by this senseless act.”

“With 74,000 Cast Members who call Orlando home, we mourn the loss of the victims and offer our condolences to their families, friends and loved ones,” said Chapek.

The local community has shown an outpouring of support as many mourn the loss of loved ones or fear for the safety and recovery of their family and friends. Disney World cast members and other theme park employees in Orlando posed for pictures in solidarity with a heart sign. This message of love circulated all over social media with more and more groups of cast members sending in their pictures. 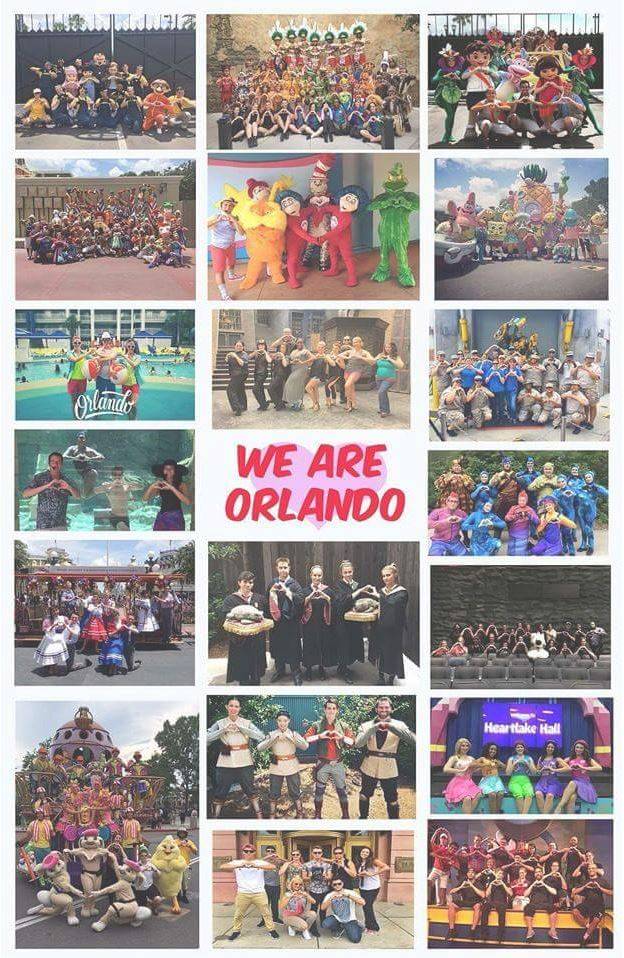 Cast members at Disney World also had the opportunity to donate blood to help victims’ recovery at various locations on park property in coordination with OneBlood.

In addition, all flags at Walt Disney Parks and Resorts, including Disneyland in Anaheim, will be flown at half-staff in respect of Orlando victims until June 16th in accordance with President Obama’s Presidential Proclamation. 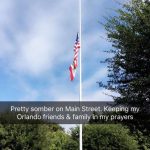 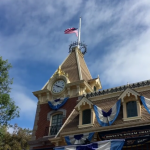 Our hearts go out to all affected by this tragedy, and we hope that all of our readers continue to stay safe.

Here is a link to a GoFundMe campaign started by Wright’s co-workers to support his family if you wish to donate.