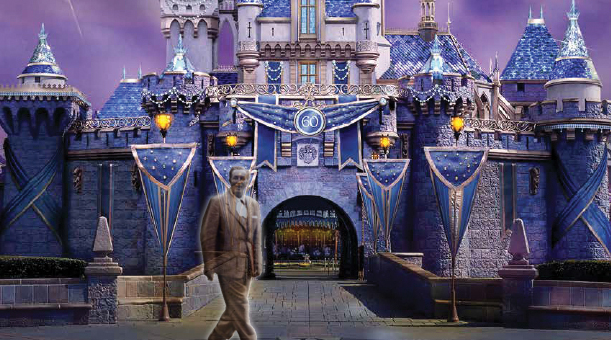 “I wish I could have met Walt.”

It’s probably something that you’ve heard before or something you yourself have said. Today, that dream will come true for you and the rest.

“We’ve always wondered what Walt would have thought of if he saw Disneyland today,” said Chapek. “Now we have the opportunity to ask him himself.” 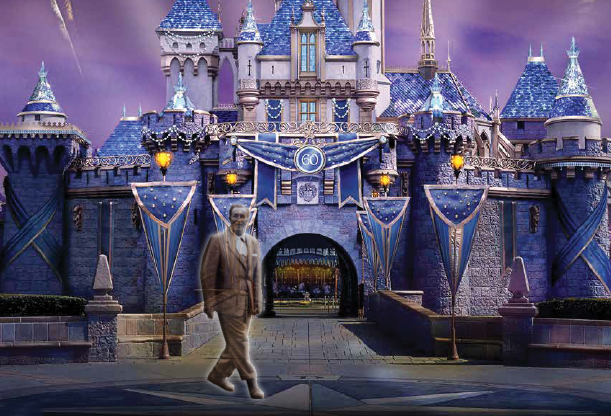 Aside from the above concept art that he shared, Chapek didn’t share the exact details on how they’ll bring Walt into the parks. Based on all the other previous jaw-dropping creations from Walt Disney Imagineering, it certainly will be very believable.

Instead of the somewhat dated Audio-Animatronic technology used in Disney’s theme park attractions still to this day, it is rumored that a more advanced 3-D holographic technology will be put to use to make Walt appear and interact with guests.

“Disney rarely fails to deliver on its experiences, so we’re expecting much especially if they are promising that we get to see and talk to the man who created the place we love so much,” said DisneyExaminer’s Editor-in-chief Jordan Poblete who was at the media breakfast.

Walt’s appearances will join the rest of the special experiences that have already been announced as part of the Diamond Celebration where Walt will also be seen in the new “Disneyland Forever” fireworks spectacular and “World of Color – Celebrate! The Wonderful World of Walt Disney” show.

It’s all slated to begin with a 24-hour party on May 22, 2015, the official launch of Disneyland’s Diamond Celebration.