Madina Nalwanga is Phiona Mutesi in Disney's QUEEN OF KATWE, the vibrant true story of a young girl from the streets of rural Uganda whose world rapidly changes when she is introduced to the game of chess. David Oyelowo and Oscar (TM) Lupita Nyong'o also starin the film, directed by Mira Nair.

Nope, and as someone whose familiarity with chess doesn’t extend very far across the board, I can say with full assurance that I loved this movie. I even cried at the end, and who cries at a movie about chess?

It was probably because, again, this movie wasn’t really about chess (though it’s was an important aspect of the film). Based on Tim Crother’s story The Queen of Katwe: A Story of Life, Chess, and One Extraordinary Girl’s Dream of Becoming a Grandmaster, this movie is about Phiona Mutesi (Madina Nalwanga), a chess genius, and how her relationship with the game affected her and her family’s lives and their lives in Katwe, an area in the capital of Uganda. Alongside important figures like her mother Nakku (Lupita Nyong’o) and her mentor Robert Katende (David Oyelowo), Phiona undergoes a series of challenges – both on and off the chess board – that help her find where she truly belongs.

I could go on and on about why I loved this movie, but here are two main reasons why I think it’s worth watching:

This movie is honest about being human. 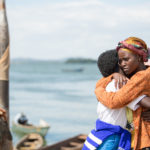 Oscar (TM) winner Lupita Nyong’o and newcomer Madina Nalwanga in Disney’s QUEEN OF KATWE, the vibrant true story of a young girl from the streets of rural Uganda whose world rapidly changes when she is introduced to the game of chess. The powerful film, which also stars David Oyelowo and is directed by Mira Nair, will be released in U.S. theaters in September.

There’s always the danger that this story of a family living in poverty will move the audience to pity, but Queen of Katwe doesn’t do that. It’s honest in it’s retelling of how people live in Katwe – you’ll see the way these people live, and eat, and work and, of course, it all happens in a quality of life that’s lower than ours in the U.S. The movie isn’t afraid to let you know that women in Katwe are forced into prostitution to help their families survive, or that some children in Katwe can’t even afford to go to school.

At the same time, however, the movie doesn’t ask the audience to feel bad for Phiona and her family. Regardless of the fact that their lifestyles are starkly different than ours in the west, the people of Katwe live their lives in ways similar to ours. You’ll see them work hard for their families and dreams, face challenges, fall in love, experience anger – all parts of the universal human experience.

The movie does a great job getting audiences to not pity its characters, but rather to find connections with them. I am an Asian 20-something living in the U.S., but I was still able to see a bit of myself in Phiona’s ambition, Nakku’s worry, and even Night’s rebellion. It’s refreshing to find a movie that’s less about how a family struggles with poverty and more about how a family struggles with being human – something we can all relate to.

This movie is not just about chess – it’s about moving forward. 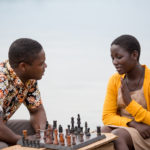 Of course, chess is a major theme in the film, but Queen of Katwe uses the game more as a platform on which to present real, significant conflicts. You actually don’t need to know anything about chess before seeing this movie – the film itself will explain the relevant aspects of it – but you do need to know what it’s like to be human, which the film really takes great lengths to discuss.

One of my favorite quotes from the film is Robert Katende’s line: “Don’t be so quick to tip your king.” In other words: don’t give up so easily.

Queen of Katwe isn’t really about chess, or wealth, or a family’s struggle to escape poverty; it’s about an array of people fighting to find a place where they belong. Chess, wealth, and poverty are, of course, a part of this story, but at the end of the day it won’t matter where you come from or what background you have – Queen of Katwe is a great lesson in perseverance and hope for every type of person.

But what about the ending? 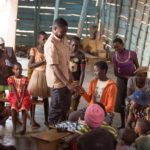 My only criticism of the film was that the ending was a little anti-climactic – but what can you expect about a movie whose main action is chess? Yet what the movie (understandably) lacks in action, it makes up for with an ending that’s heartwarming, meaningful, and relatable, even to we who may not be living in Katwe and who may not be chess champions.

In the end, Queen of Katwe can’t be classified as just a movie about chess, or a movie about poverty, or a movie based on a book. Queen of Katwe is the story of Phiona and her family; it’s a story that everyone who has faced insurmountable challenges and cultural barriers can definitely relate to and learn from – and that’s why I believe it’s worth watching.