When veteran Pixar director Lee Unkrich pitched “Coco” to the studio’s creative leaders, he came to them with an original tale that was much somber than the film that’s currently due for release.

According to co-director Adrian Molina, Unkrich’s original version of the story presented in 2012 had more of a focus on “overcoming grief [after death] and not being able to let go.” Much to the surprise of Unkrich, chief creative John Lasseter really liked this early version of the story, but felt like it could go deeper in other ways.

With the feedback, Unkrich and team went back to their story rooms to find what that would be. The pathway of that new story traced itself back to the research trips that the filmmakers took to Mexico in 2014 and 2015.

“Our story takes place during this very special holiday for Mexicans,” Molina said at a presentation during the early press days for the film. “Our research made us more aware of what was being celebrated, and it wasn’t just about death.” 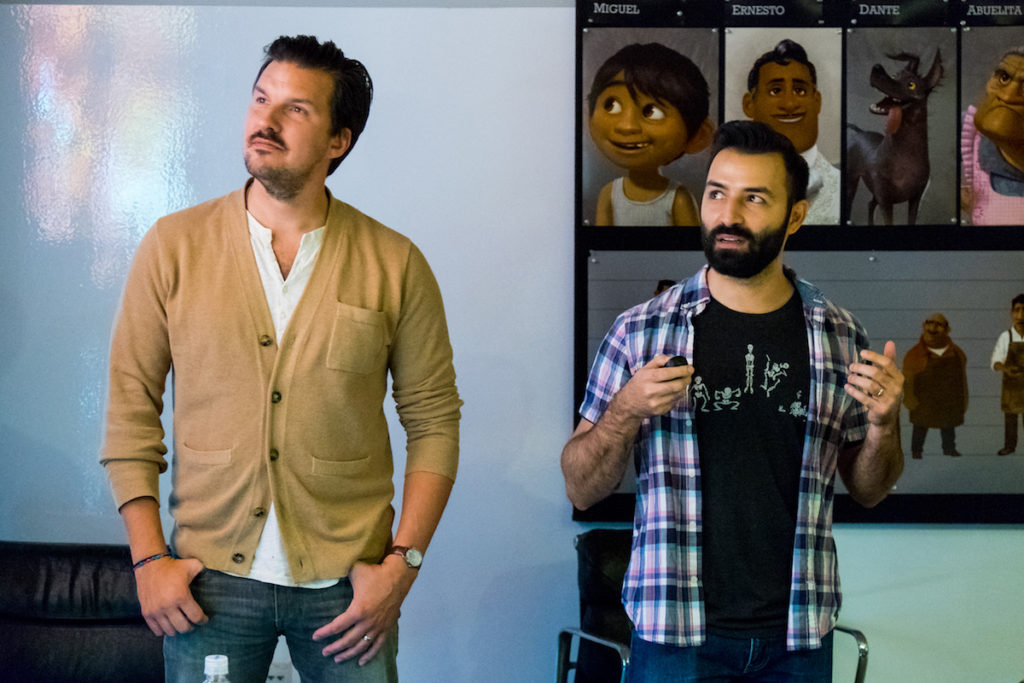 Instead, the filmmakers saw that many of the families that went out to the cemeteries and paid vigil during Dia de Muertos were quite happy. “Everything was beautiful on that night: the candles, the flowers, the night sky, and the people,” said Dean Kelly, a story artist on the film. “You were seeing a clash of feelings that resulted in a happy remembrance of what was.”

That idea of remembrance paved the way for a new, and happier story that became less about death of family and more about how our reflection and celebration of them keeps us connected to them even after life. Kelly continued, “It’s a powerful reminder to all of us that our families still remained connected to us even after something sad like death.”