As a child, I didn’t grow up with bedtime stories. Hearing those experiences from friends, however, they vividly remember the stories they were told. They ranged from simple nursery fables to deep myths and rich folklore from their cultures. I’d argue that Disney’s “Raya and the Last Dragon” is a modern-day fable that just so happens to be an animated film, too.

The next Disney animated feature is a wholly original story inspired by the cultures of Southeast Asia. That story takes place in the fictional kingdom called Kumandra that has been split into different areas and people groups due to an ancient battle that places Raya (a princess in one of those now separated areas) in the center to try and mend the land and the people who are descendants of those who tore it apart.

If that doesn’t at all sound familiar to the times we’re in right now (in America alone!), then you’ll certainly gravitate toward the movie already which offers a beautiful way that we can come together amid indifference. 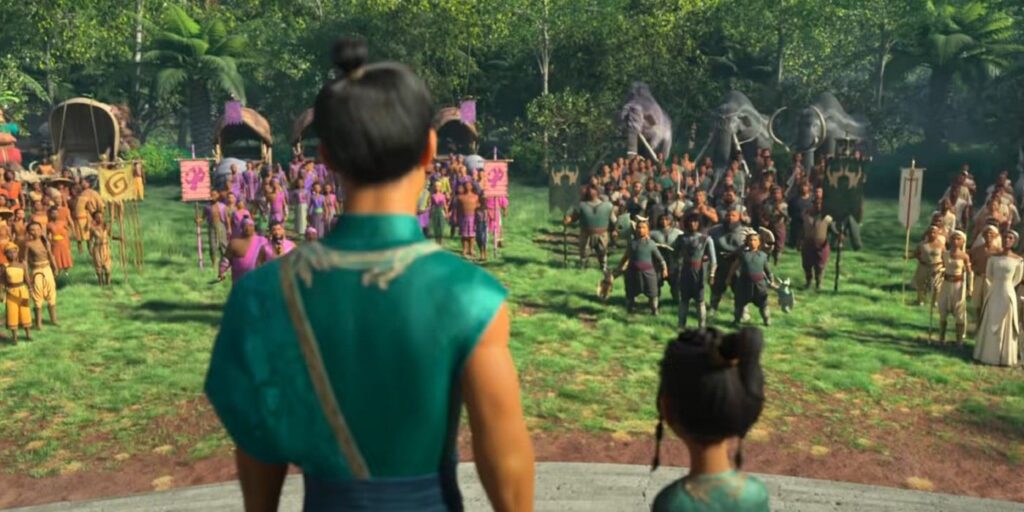 I wouldn’t argue that the story, although very authentic and heartfelt like other Disney animated films, is the only reason why it’s resonating with critics and fans alike. Like “Moana” before it, myths and legends are convincing because they weave fiction and nonfiction together so well.

In the case of “Raya and the Last Dragon,” mysticism and magical visual elements that would be standard in a fairy tale would blend with the groundedness in a story about real human beings having to deal with real human things like division and connectedness.

The Raya voice cast is a who’s-who of Asian screen and TV talent that very much aid in grounding humanity into the film, but they would probably agree that they were just as compelled by the story which made their acting easier and more believable.

Much credit has to be given to the writers of the film, Qui Nguyen and Adele Lim (who wrote the screen adaptation of “Crazy Rich Asians”) on being able to take elements of Southeast Asian culture and their own experiences in living with that identity and making it magical. At the same time, I applaud their efforts in trying to synthesize many cultures under the Southeast Asian region and still being authentic to each of them in their uniqueness whether that’s through food, architecture, and even martial arts fighting styles.

There’s an added benefit in this not just living as a verbal or written fable, but a visual one as well. The amazing teams of designers and animators that created that food, architecture/environments, and martial arts movements made it seem all the more real with the colors corresponding to story moments and every element having a place to aid in that storytelling as well. It’s Disney’s most visually stunning movie to date.

Altogether, Disney’s “Raya and the Last Dragon” builds on the legacy of storytelling that Disney animated films are known for. The idea that decades later that the studio would be making stories based on Asian cultures that have universal resonance for it to become modern-day folklore? Pretty awesome.

Disney’s “Raya and the Last Dragon” is out in open theaters and on Disney+ with Premier Access ($30) on March 5.