Video: Andy Le performs on-set as Death Dealer in Marvel Studios’ Shang-Chi and the Legend of the Ten Rings.

Marvel Studios’ Shang-Chi film has made stars like Simu Liu a household name, but there is one star that had the spotlight that you might not know of just yet.

If you attended Comic-Con Special Edition earlier this month in San Diego, you would have seen him without his mask, something that you couldn’t see him without in the film. That’s because Andy Le played Death Dealer, the masked accomplice of Shang-Chi’s father, Xu Wenwu, and his Ten Rings syndicate.

Like Death Dealer himself, Le is an seasoned martial artist who started a YouTube channel in 2011 with his other “brothers” to showcase their talents through funny and impressive short films featuring their carefully crafted moves.

“We were crazy and scrappy doing these shorts,” he said to DisneyExaminer in an interview before his panel at Comic-Con Special Edition. “It was just us friends learning about all aspects of filmmaking, too.” 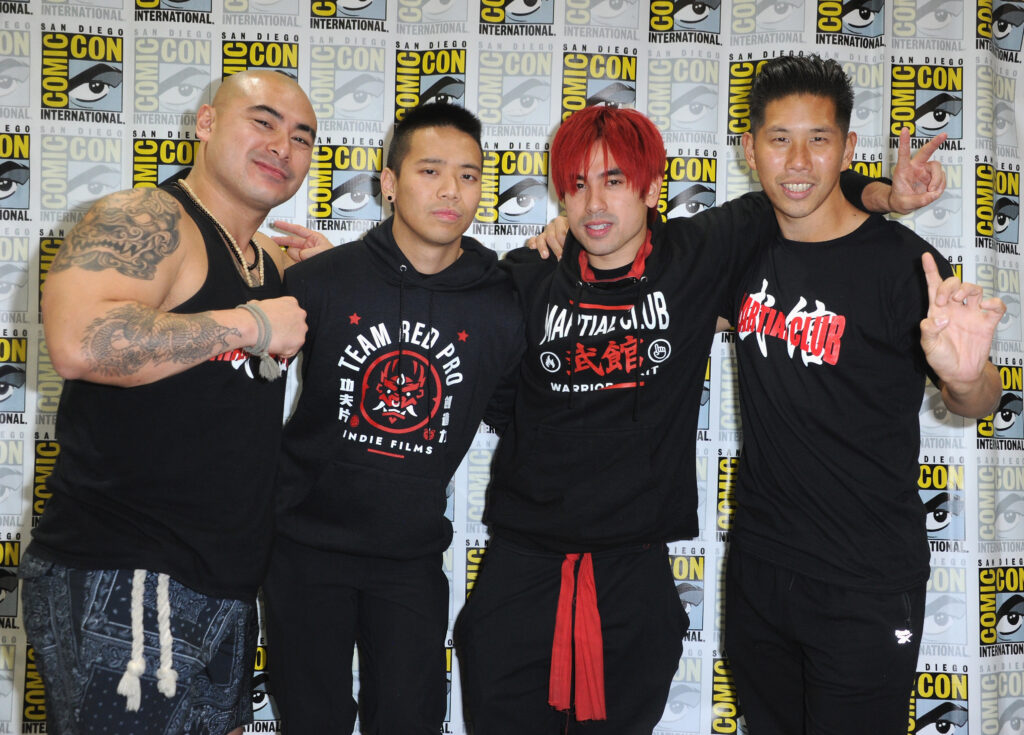 Martial Club, as the YouTube channel would be known, quickly found its following and audience, including a talent at Marvel Studios who decided to give them the chance of a lifetime.

“The late Brad Allen reached out to us after seeing our videos online, and said that he had work for us to do, and if it’s someone from Marvel, you do that work,” Le said. Allen himself was a former stuntman who worked and learned directly from Jackie Chan. Le continued to say that he grew up watching Jackie Chan and other martial artists movies as a kid and that it was an honor to just talk to Allen.

Together with his Martial Club brothers, Le was given his first Marvel assignment: train Simu Liu himself in preparation for the fighting scenes he would do as Shang-Chi. In 2019, the team would drive the hour’s long route from their homes in Orange County, California to Burbank where Liu was to train four hours everyday. “We made him suffer, but it paid off,” Le said who choreographed the now-famous twist side-kick move that Shang-Chi does on a bus and seen in all the trailers.

During his training assignment, Le also ended up getting a call from Allen who mentioned that there might be a role that was written in that he’d be perfect for. Le said, “They were looking for a Kung Fu-type fighter, and since my moves were similar, I decided to express my interest. Apparently his work training spoke for itself as casting agents immediately offered him the role of Death Dealer, throwing Le alongside Simu in a top-billed role for the Marvel Cinematic Universe (MCU).

“I couldn’t believe it, but I know I was ready,” Le said describing the experience as one that was a full-circle affirming moment. “From a bullied Asian guy who grew up in Westminster (California) watching martial arts movies to being a martial artist star in a Marvel movie, that’s crazy.”

While you won’t see Le’s face as Death Dealer, he spoke to the new production opportunities with his Martial Club brothers that have risen out of doing an MCU film that he hopes will bring a positive and more broad spotlight on Asians in cinema.

“I’m not doing this just for myself, I’m doing it for fellow Asians in media and the martial arts movement. It’s our time. This is just the beginning for me.”

Our special thanks to Andy Le and Martial Club for contributing to this story! 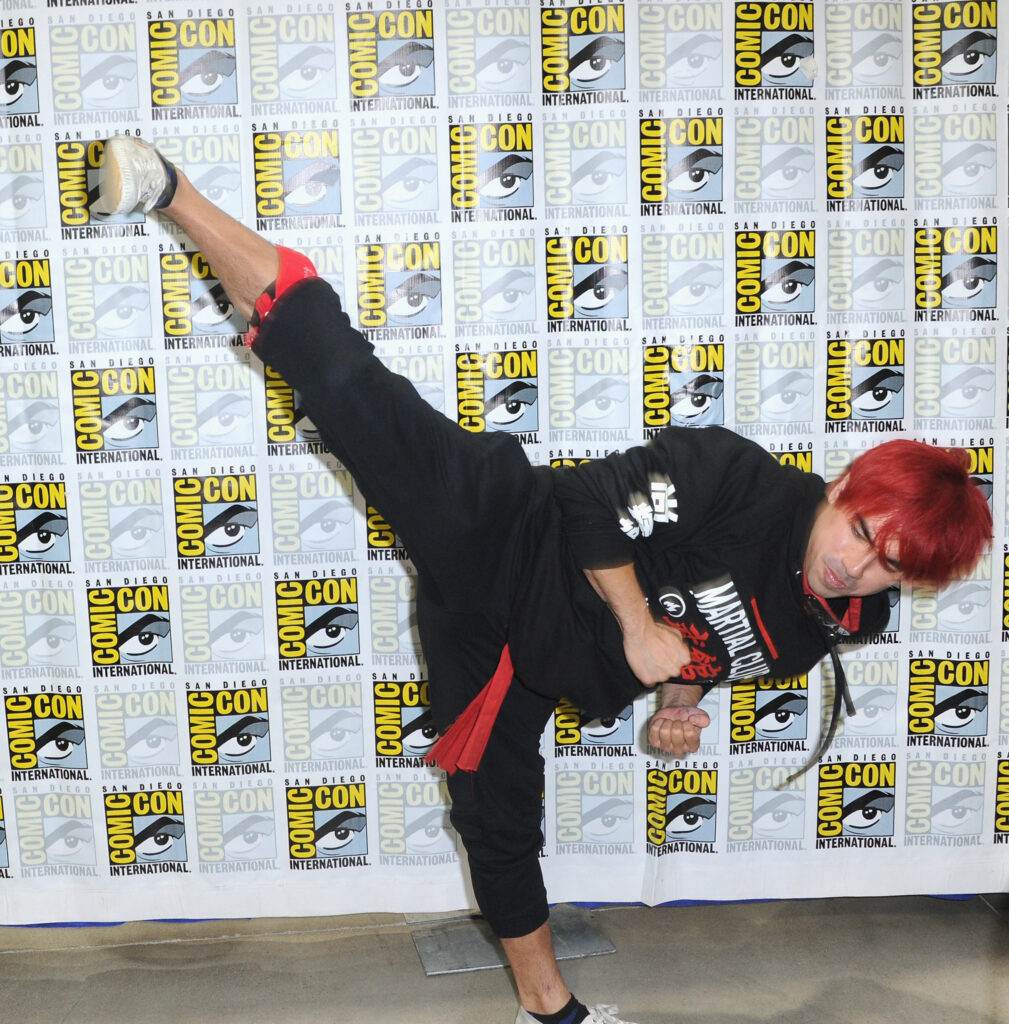