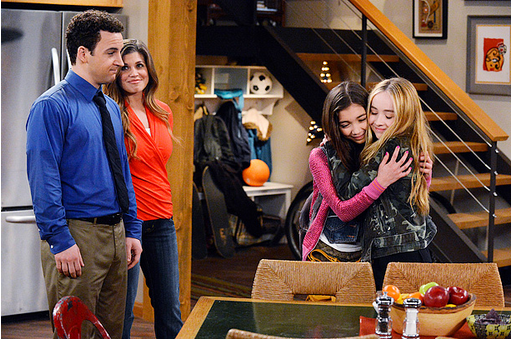 After much speculation, Disney Channel has officially confirmed that the spin-off from the hit TV series ‘Boy Meets World’ is a GO.

Titled ‘Girl Meets World,’ the series will follow where the story left off. Viewers can expect to see the lives of Cory and Topanga post marriage and post first child named Riley (currently seeking casting).

We suppose the more “breaking” part of the news is that Ben Savage and Danielle Fishel are set to reprise their roles as Cory and Topanga! It has been over a decade since ‘Boy Meets World’ wrapped in the early 2000s and a lot has changed, but Savage has commented that the new series won’t be “cheesy.”

‘Girl Meets World’ begins production in February of next year. Be sure to stay with DisneyExaminer for more new information, including the series debut date!

*UPDATE 6/17 – Disney Channel has picked up the series with a debut date sometime in 2014!

*UPDATE 5/21/14 – The series premiere date has been set for June 27 at 9:45 PM ET/PT on Disney Channel, but you can watch the first episode right now exclusively on the Watch Disney Channel app (Apple/Android/Web)!

Did you watch the series premiere early? What did you think of it? Do you think it’ll have the same charm and funniness that the original series brought? Do you like the ensemble cast? Will this new series make you want to watch Disney Channel again (or for the first time)? Comment below!