ABC network’s cable channel ABC Family has been in our homes for years and as far back as we can remember. Having it be an extension of the Disney-owned national TV network, ABC Family has brought us shows that (more or less) have been there for families to watch together and this year’s no exception with the return of something that has been around since the channel has been around – Christmas programming.

Yes, ABC Family’s 25 Days of Christmas will be returning this year filled with more of your favorite holiday-themed shows, plus new ones! In addition to those holiday shows, the lineup will include some premieres like “Harry Potter and the Deathly Hallows: Part 2” and movie hits like “Up” and “The Santa Clause”.

As always, this year’s programs will air starting Sunday, December 1 and will extend through Christmas Day on Wednesday, December 25. Before all that though, there will be a “countdown” to the 25 days that’ll include some ABC Family Original Movies and multiple Harry Potter marathons! That countdown will start Wednesday, November 20. 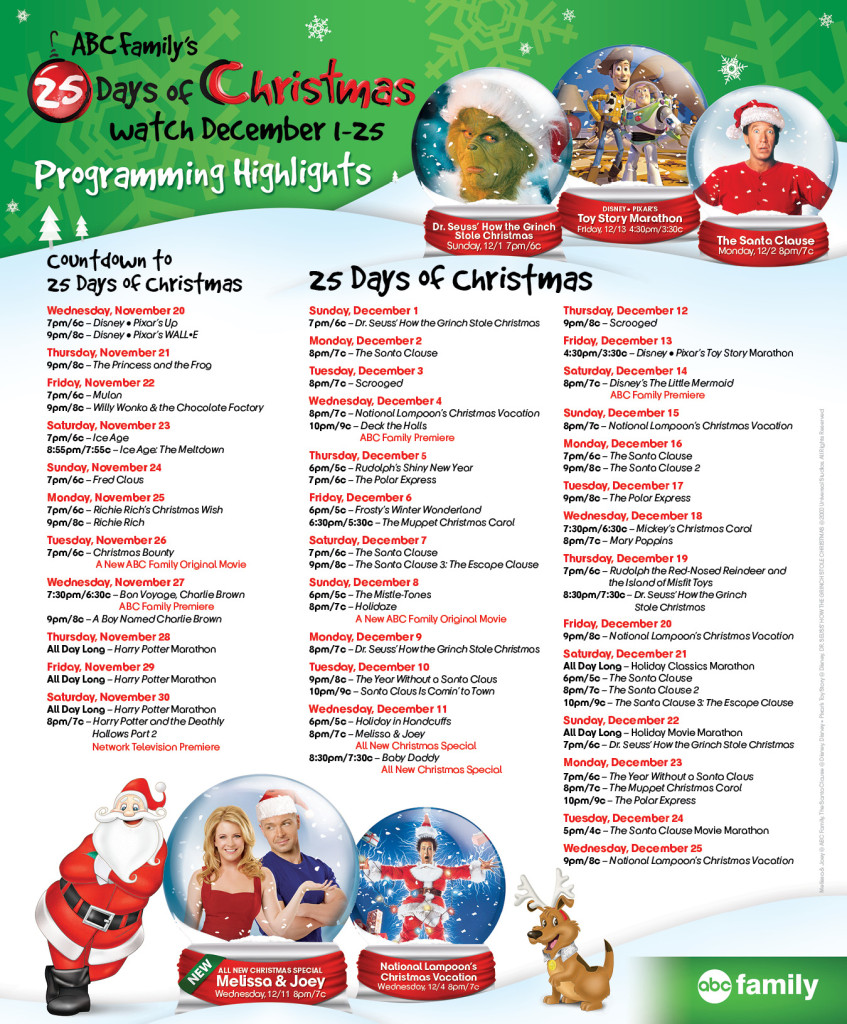 Are you all excited to see ABC Family bring back this famous lineup for the holidays? What program are you most excited about? Let us know in the comments!