Sports movies are always a hit-and-miss with moviegoers and a variety of reasons. Either some people don’t associate with sports or their plots aren’t memorable, but the storytellers at Disney have seemed to found the right balance of both.

Whereas we met an award-winning baseball duo in “Million Dollar Arm” last year, we travel just a short drive north of DisneyExaminer’s offices to McFarland, California to learn of a cross country sports team that came from a very unexpected place. 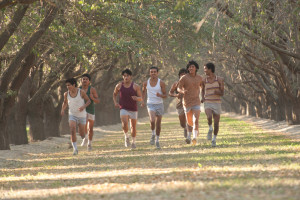 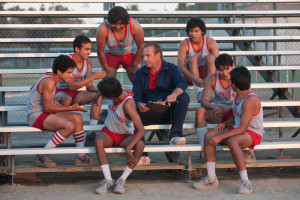 Disney’s “McFarland USA” tells the story of that real-life high school athletic team that went on to fight all diversity by overcoming hardships in every aspect of their life. These kids lived with hardships at home, as well as tried to balance their job and going to school. Still, together with the help of their once disgraced coach (played by Kevin Costner), their faith, and reliance on each other, the team went on to take home many cross country state championships and change their lives for the better.

Why? Because of why the film makes you feel good in the first place.

The film is less of a sports movie and more of a documentary with a dramatic plot line. Just like the previous Disney sports films before it, this film has less sports in it that what one would imagine and that’s to give way to telling a story worth learning about. The story of the people of McFarland is very much a story worth your time because it showcases their life in hopes that you can appreciate yours more and help the other lives around you. 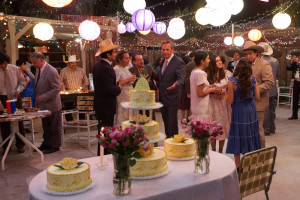 Sure, the last thing you want a film to do for you is teach you a lesson and “McFarland, USA” was never meant to be a life teacher, but the fact that films today still have the ability to speak to our hearts and minds is still amazing to me. It has been said that “Movies are a way to escape everyday life” but have we forgotten they’ve also been made to embrace it? Most of the mainstream entertainment we experience nowadays may be of fantasy and racial dominance, but to say that those films that don’t fall into those categories are to be disregarded is extremely wrong.

At first glance, everything this film has going for it aren’t the most marketable or massively appealing: the cast, aside from Costner, aren’t well-known. The story they want to tell is that of a troubled minority. And it’s somewhat about running. What you’ll see as you sit in your comfortable theater seat is an exposition of real life made for your entertainment – your feel-good*ness.

Rest assured that this is an entertaining film simply set to the backdrop of real-life Latino living in America in the 1980s and the sport of cross country. It’ll still be entertaining to those who aren’t Latino, didn’t grow up in the 1980s, and hate running. It’s all thanks to the brilliant notion that movie moments happen all around us all the time.

We just have to look to McFarland.