From the early press conferences to the San Fransokyo red carpet premiere, we’ve been following the Big Hero 6 journey from the start. After months of the film’s success and numerous awards and nominations, I had the opportunity to attend a press day with some of the cast and filmmakers in Hollywood, California last week – just in time for the movie’s Blu-ray and DVD release on February 24.

We find out what the cast and crew love about the film, what they’re excited to share in the Blu-ray special features, and what secrets are revealed behind the making of the movie. We even answer the bigger question: Can we look forward to a Big Hero 6 sequel? 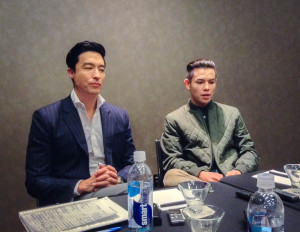 “Big Hero 6 is groundbreaking,” Ryan Potter, the voice of Hiro Hamada said. As the star of one of Disney’s first films with a multicultural character and Asian American lead he added,”it’s very important, not only to the Asian American community, but the other mixed-race community around the United States and around the world.”

“This film tells you that it’s not only your immediate family, but it’s your friends that can become that support system for you,” Daniel Henney, voice of Tadashi Hamada said, “and I can’t remember that being showcased in a film like this before. But it’s a beautiful thing that you can fall in love and love your friends just as much as your family.” 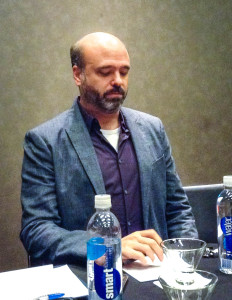 There is no doubt  that Big Hero 6 wouldn’t be what it is today without the lovable marshmallow-like robot, Baymax. According to Scott Adsit, voice of Baymax, the huggable and user-friendly character didn’t start as the center of the film, but rather became the face of it. “I like how much [Baymax] loves Hiro,” Adsit said, “I like that his whole existence is to be sure that Hiro is safe. He’s like a parent, but then he’s also like a child and he’s also like a brother so he’s family. That’s the best thing about him. He’s reliable like family in every iteration of family.”

After spending years working with the big hero characters, directors Chris Williams and Don Hall felt like they’ve grown to be like family with them as well. “We love them,” Williams said, “they’re real to us and the experience of releasing a movie is like being a proud parent, watching your 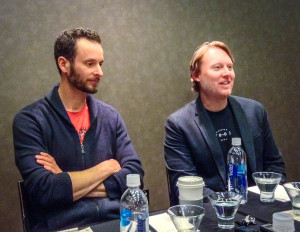 kid go off to college and they’re going to meet new people and live lives without you. And so the thought of working with them again one day has definitely has its appeal but there’s no plans.” Although there are no talks about the future of BH6, Williams and Hall were proud of one secret they kept during the making of the film – the end credit tag. Through different code names, they were able to keep it away from the crew until the wrap party. “That’s our biggest achievement, I think on this film,” Hall said. 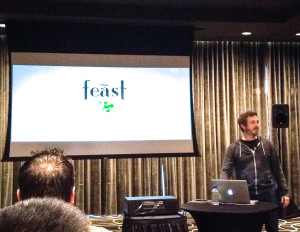 We also had the opportunity to watch a special presentation from Patrick Osborne, director of Annie Award winning best animated short Feast. The short that sat in front of Big Hero 6 tugged on hearts of many food and dog-lovers. Elements of the short were even more meaningful to Osborne. He snuck his wife’s wedding dress and replicated the set up of their wedding in one scene. Other elements that were special were the paper airplane from Paperman in the first couple shots and an exercising machine in the background. “I love that there’s a NordicTrack in there that was in my basement growing up, and it always became a clothing rack,” he said.

Big Hero 6 is now available on Digital HD and Disney Movies Anywhere (DMA), but what can we look forward to seeing on the Blu-ray? According to the directors, they’re looking forward for people to experience the animation bloopers because they’re silly. “And also the weirdness that the computer does. Just weird stuff happens,” Hall said. “There are times where the computer for whatever reason would make someone’s legs disappear or their hair explode,” Williams added. In addition to silly outtakes, here’s what the special features on the disc will include:

To enjoy these and other features, check out “Big Hero 6” on Blu-Ray and DVD, available February 24th!

Are you going to pick up a copy of Big Hero 6? What are you looking forward to seeing in the special features? What are your thoughts on a Big Hero 6 sequel? Tell us in the comments!