“Tinker Bell and the Legend of the NeverBeast” introduces us to a brand new character: the mysterious and magical NeverBeast named Gruff.

The movie traces the relationship between Fawn and Gruff after she finds him waking up in a deep cave. Gruff’s strange mannerisms and a mysterious green comet turn the other fairies against him – it’s up to Fawn, Tinker Bell, and the rest of their friends to investigate just who Gruff is. 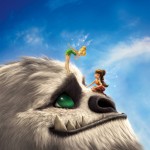 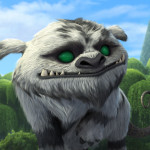 The movie displays many important childhood lessons such as don’t try a book by it’s cover and learn to cooperate with others, but we wanted to know more about how the film was made. The movie’s press day at Disney Toon Studios gave us the opportunity to talk to the cast and crew behind this wonderful film. 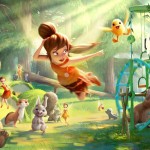 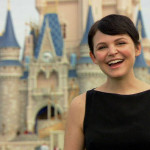 Ginnifer Goodwin, voice of Fawn, told us more about the themes of the movie, saying, “I think there are a lot of really incredible messages for young people…I think there’s just message after message in this, and they’re all good.”

While the Tinker Bell franchise seems like a female-related franchise, Goodwin also commented, “there’s a darkness to this movie, a mystical Celtic darkness that I think makes it a little bit more grown up. There’s something very physically active about it that I think will be attractive to little boys. There’s nothing gender specific about it.” The movie takes the traditional idea of fairies and twists the plot into a fresh, new story that appeals to all kinds of audiences. 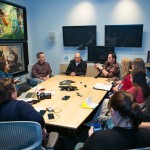 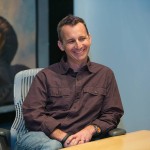 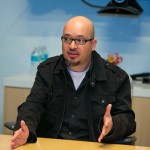 Steve Loter (director) and Makul Wigert (producer) told us how their goal for the movie was to make an emotional film similar to classic movies like Bambi and Pinocchio. Loter commented on this desire, saying, “they were emotional roller coasters, they really took you to places…I wanted the film to have that emotional weight.”

While they wanted this element of classic animation, they also recognized the importance of making things new. The creation of Gruff required this balance of old and new, as Loter commented, “we did look at classic Disney style…but for Gruff, because he was such a unique and new character I felt like I had a canvas to create something that moved, felt, and just looked different…he does have an air about him that is unique.” Wigert further commented on this balance saying, “it doesn’t hold you back so much as it inspires you. It pushes you to do the best you can.” 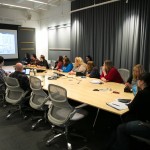 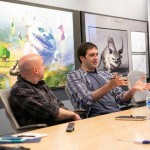 Ryan Green (story artist), Mike Greenholt (animation supervisor), and Steve Heidelberg (front-end lead) let us know more about the Gruff’s design. They commented on how many part of Gruff, especially his expressions, are based off of animals, saying, “you look at animals and you can see emotions that feel very human almost!” They showed us how Gruff’s design evolved into the huge but lovable creature you see in the film. 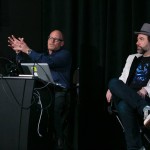 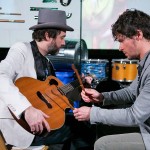 Brett Swain (music supervisor) and Bleu McAuley (featured musical artist) were able to share how they were able to create the perfect track for the movie. They spoke to us about how they combined well-known sounds with new, unique music, saying, “the director wanted something different – not only to our Tinker Bell and fairies franchise, but to film.” Bleu McAuley then showed us a variety of musical materials he used to create new, unique sounds such as chimes, corrugaphones, dulcimer hammers, and even plastic pots!

The “Tinker Bell and the Legend of the NeverBeast” Press Day was a fun look into the different aspects of how the movie was made. The cast and crew were emphatic that this film would appeal to all kinds of viewers and that the themes set in the film were important for both children and adults to see. This movie combines timeless Disney aspects with more modern ideas, resulting in a great film that adds much value to the Tinker Bell franchise.

Come meet Gruff and join the rest of the fairies yourself when “Tinker Bell and the Legend of the NeverBeast” comes out on DVD/Blu-ray today!

Will you be watching this new Tinker Bell movie? What other themes and lessons do you think Disney movies should put into their movies? Let us know in the comments!