Disneynature’s new film, “Monkey Kingdom” tells the tale (or should I say tail) about the social hierarchy of a group of toque macaques in the Polonnaruwa jungle of Sri Lanka. On the bottom of that hierarchy is the protagonist, Maya.

This film documents Maya’s struggle to build a better life for herself and her newborn son Kip. It shows her struggles as a low-ranking monkey and how she tries to go beyond the social hierarchy. From the dangerous jungles to the busy streets of Sri Lanka this story is full of adventure and heart warming moments. This is a true underdog story, or should I say, “true undermonkey story” that audience members will love!

Do you like stories filled with adventure, love, and epic battles? What about far off places, beautiful nature, and a bustling city? Do you like monkeys?

If you said yes to any of these questions then this is a movie that you need to go and watch ASAP! Monkey Kingdom is a documentary film that stars a gorgeous, toque macaque monkey named Maya. Now before you roll your eyes and scoff because I said that this is a documentary, hold your horses and let me tell you why this film is worth seeing!

I’m not going to lie. When I first heard of Monkey Kingdom it wasn’t the must see movie that I had in mind. So when I was assigned to cover this movie I watched a couple of Disneynature movies to get a feel of what to expect! I have to admit that the Disneynature films that I watched, like Oceans and Chimpanzee, were pretty amazing and Monkey Kingdom was no exception. 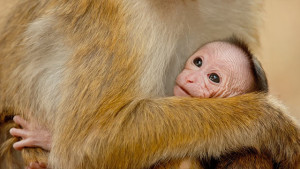 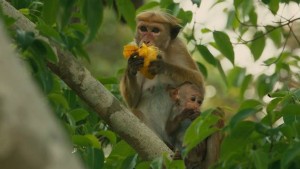 The first thing that really pulled me in was the voice telling the story (and no, it wasn’t Morgan Freeman). The narrator was none other than the insanely talented Tina Fey! Her narration put some comedic relief and unique flair into the documentary that always kept it engaging and never boring. At the beginning of the film when she described Maya’s features and talked about her “rad” haircut I was totally sold that this was going to be something that I would thoroughly enjoy and be enveloped in.

Tina Fey’s narration wasn’t the only voice that I was delighted to listen to throughout this documentary. Famous songs like Lorde’s “Team” and Salt “N” Pepa’s “Whatta Man” got me singing along and bopping my head to the scenes they were featured in. Who knew that these songs worked perfectly with a documentary about monkeys!

The real stars of the movie were the monkeys of course! The documentary begins by introducing the main toque macaques in the film. There was the possessive, egotistical leader of the group, Raja, Three Sisters who acted just like “The Plastics” from Mean Girls, a sexy, James Dean-like love interest named, Kumar, and our lovable hero, Maya. Sounds like an interesting cast, right? 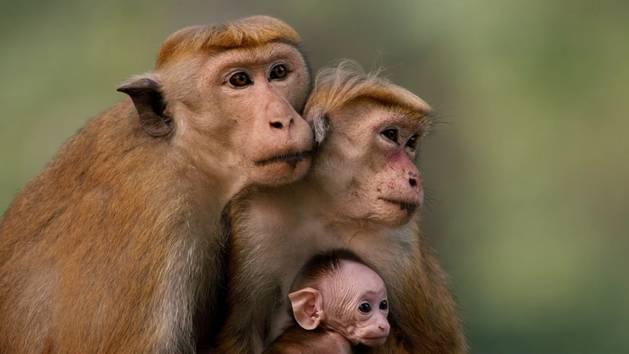 I love a great underdog story that has a lot of heart to it and Monkey Kingdom was just that. The storyline showed just how complex these monkeys were. From how ruthless they could be to one another to the unconditional love that a mother had for her son, these monkeys were so interesting to watch. This story is relatable to anybody who is a mother, a child, or feels like they are at the bottom of the totem pole. It’s a story that shows you that anything is possible even in the worst circumstances.

Though the storyline was heartwarming, educational, and downright entertaining, I cannot do this review without talking about the gorgeous place where this documentary was shot: Sri Lanka. Directors Mark Linfield and Alastair Fothergill do a beautiful job capturing the true nature of the Polonnaruwa jungles. From the group’s territory on Castle Rock to the depths of the jungle to the bustling city of Sri Lanka, the directors continuously presented amazing camera shots throughout the film. 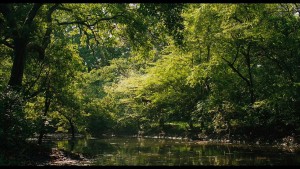 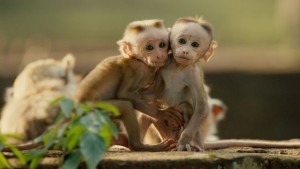 The talented narration, catchy soundtrack, fantastic story, attractive scenery, and an A-list cast make this a documentary worthwhile to see. This documentary made me laugh, tear up,  anxious, excited and be stunned. For a movie to make me feel all those types of emotions shows just how much thought was put into this documentary and how the creators of the film were not just monkeying around.

I highly recommend watching this film with friends, family, or animal lovers! Trust me, you will be wildly entertained!