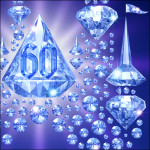 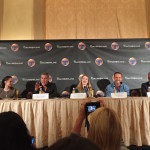 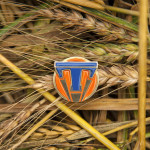 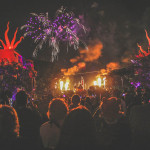 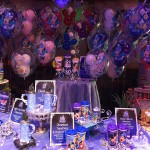 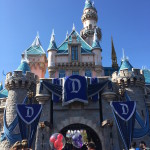 DEP 019 : Disneyland 60th Anniversary Kickoff! – Hear about all that happened at the Disneyland 24-hour Diamond Celebration that just took place on May 22nd.

That Tomorrowland pin might have ruined the movie for me: a review – Be an Optimist by checking out our spoiler-free review of Disney’s latest film, Tomorrowland. Find out the backstory of the film and learn about the game that our editor-in-chief participated in to become a part of a secret society and earn his pin.

A look at how Disneyland has lit up the night for 60 years – Wondered how Disneyland’s fireworks shows have changed over time? Here’s a brief history of the different nighttime spectacular shows dated back to as early as 1958.

Here’s everything that happened at Disneyland’s Diamond Celebration Launch Event – Get the details of all the happenings at the Disneyland 60th Anniversary Diamond Celebration including attractions, food, and merchandise. Watch full videos of the world premiere of Disneyland Forever fireworks show, Paint the Night parade, and World of Color – Celebrate!

Get ready for a dazzling new Neverland at Disneyland – Get ready to shoot for the second start to the right and straight on till morning. Find out the scenes and changes that will be made to the Peter Pan attraction at the Disneyland Resort that’ll soon reopen in the summer!