It is really hard for me to explain in words why I enjoyed Zootopia. I went into the movie without knowing much about it, having made the conscious choice to avoid bringing in any expectations for the film. While that was one of my goals, my true purpose was to also come into Zootopia with the same child-like wonder and surprise I had when I first saw films like Beauty and the Beast and The Lion King in theaters for the first time.

What greeted me as Zootopia began was something truly entrancing, but rather than hitting me with as sense of childhood nostalgia like I expected, I was presented with story that resonated strongly with me as an adult.

Zootopia has quite the legacy to maintain as the 55th animated feature from Walt Disney Animation Studios, but it stands on its own as a new classic due to its beautiful animation, witty cast, and clever story. Judy Hopps (voiced by Ginnifer Goodwin), a peppy and pure-hearted bunny, comes from a small farming town called Bunnyburrows but carries big dreams. Judy aspires to become the first bunny police officer in order to make the world a better place and through hard work and perseverance, she becomes the top student of her class in the police academy and is made the first bunny police officer in Zootopia, a sprawling metropolis where mammals of all kinds live together in harmony. When Judy finally arrives to her first day of work, she finds out that her hopes of making any difference as an officer are ruined as she is assigned to be a meter maid by Chief Bogo (voiced by Idris Elba) despite a string of missing person cases building up at the Zootopia Police Department. Dismayed but not defeated, she swears to do her best regardless of her assignment and earn the respect of her fellow cops and chief.

In comes con-artist Nick Wilde (voiced by Jason Bateman), a quick-talking fox who spends his days planning up new schemes to earn money. The two are forced to work together when Nick is Judy’s only lead to finding the missing citizens of the city, and find themselves thrust into a mystery that both unites them as friends and tests the strength of their newfound bond. 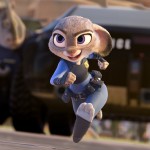 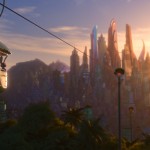 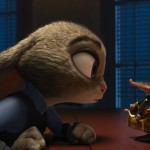 Within the first few minutes of the film it was obvious that Zootopia is doing something very different from other Disney films that have been released previously. The following hour and a half only continued to drive this home.

At a glance, Zootopia seems as though it is just a comedic buddy-cop film about two underdogs but goes well beyond that. Zootopia is about prejudice at its core and this ever-present theme differentiates it from other animated features Disney has released in the past. Zootopia doesn’t try to pull its punches when it addresses the marginalization of different groups based on the stereotypes attached to them. “Predators” are typically the higher class citizens in the world of Zootopia, having roles of leadership and a belief that “prey” are weak and guileless. “Prey” are often smaller mammals who tend to get bullied by aggressive and domineering “predators”, alienating them from certain jobs and locales due to these perceived differences between the groups.

Despite the clear “us vs them” mentality happening in the film, there is also prejudice within groups as stereotypes about certain animals are perpetuated. For example, early on in the film Nick is purposefully ostracized by fellow “predators” and “prey” alike for being considered an untrustworthy fox. Other stereotypes are perpetuated within a group without intended malice, but still manages to be harmful like Judy’s parents (voiced by Bonnie Hunt and Don Lake) wishing she would settle for simpler life away from the dangers of Zootopia. 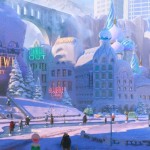 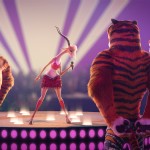 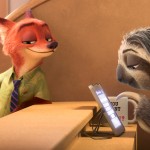 The deep story that encompasses Zootopia is delivered alongside stunning visuals that utilize Disney’s latest technology to give life to backgrounds and environments like never before. Sahara Square, Tundra Town, the Rainforest District, and Dowtown each have their own unique ecosystem and design that has been beautifully and lovingly rendered by animators. The animation of each character that lives within Zootopia is also a feat of technological magic as every species of animal moves in their own unique way or has fur that looks as real as any animal in real life, showing just how much attention to detail was taken to fully realize the world of Zootopia.

Judy and Nick have a natural chemistry that makes their characters lovable and memorable, made all the more stronger due to Goodwin’s and Bateman’s stellar voice acting. The film’s brilliantly written screenplay is riddled with jokes and well-timed one-liners that will keep audiences laughing all the way through the film despite the heavy themes that pervade the story. There are moments where I remember myself and the audience being caught in uncontrollable laughter despite how tense a scene was before the joke was made, and I think that is the most important reason why this film will solidify itself as an instant classic among the rest of Disney’s animated canon.

Zootopia is a powerful film with endless humor that will resonate with audiences around the world because of the transcendent story it tells. Disney has created a piece of work that extends beyond the guise of anthropomorphic animals aspiring to reach for big dreams by tacking issues like stereotyping and racial prejudice that comes at a perfect time in society, and it stands on its own as a wonderfully crafted piece of work that families will be talking about for years to come.