It is the third month of the year and 2016 has already seen monumental film successes, the biggest one so far coming from Fox’s latest comic book-inspired endeavor, Deadpool, which hit theaters last month and has already made over $600 million worldwide. The film was made on a $56 million budget but in its opening weekend alone it had made a whopping $132 million domestically and continues to rake in millions every week. Not only was it a box-office success, but a critical one as well as critics and audiences praised Deadpool for its unrelenting, irreverent humor and extreme violent imagery. Such a massive success made it clear that this film hit all the right notes with audiences worldwide, and certainly has production studios in a tizzy trying to figure out what they can do to follow behind Deadpool’s success.

Deadpool tells the story of a former Special Forces operative turned mercenary who is subjected to an illegal experiment in his quest to cure himself of cancer. The experiment leaves Wade Wilson with accelerated healing powers but horribly disfigured and unable to return to his fiancé’s side, driving him to get revenge on the people who turned him into a monster by becoming Deadpool. This on its own sounds like your typical revenge-action film, but the movie’s well-crafted script aided in delivering a familiar story in a fresh and unique way, utilizing the source material’s comedic characterization of Deadpool and the situations he often ends up in.

The concern people have moving forward is that studios might be looking at Deadpool’s success in the wrong way with the intent of creating films that replicate the comedic and violent formula Deadpool used. While it wasn’t the first R-rated superhero film with violence or humor, it has been the first massive commercial mega-hit and it is understandable that studios would want to make something that follows in line with that charm, but they should seek out new ideas rather than trying to mimic another film. 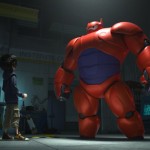 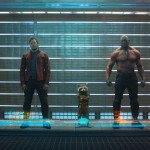 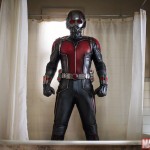 Disney has shown that they have little issue with seeking out new ideas, having delved into lesser known comic book stories and heroes in the last few years with the release of the animated-hit, Big Hero 6 in 2014 along with Guardians of the Galaxy (2014) and Ant-Man (2015) from Marvel. Even the upcoming Doctor Strange, Black Panther, and Captain Marvel films coming in Phase Three of Marvel’s Cinematic Universe show that the Disney has no qualms about diving into new and uncharted territory, seeking to deliver creative stories that have never been shown on the silver screen before.

Also, Bob Iger made it abundantly clear during the Disney Investors Conference Call last month that they have no plans to make any R-rated Marvel films despite the success of Fox’s Deadpool. It makes sense considering the Marvel Cinematic Universe has been bringing in millions just fine with Captain America, Iron Man, and the Avengers films.

That does not mean that Disney still has nothing to learn from Deadpool.

What should be take from Deadpool is a lesson that Disney has already been following for years: to ignore the trends, deliver stories to audiences that they can enjoy, and focus on bringing those stories to life in the best way they can do it.

Deadpool’s success has nothing to do with how much violence it had but everything to do with the fact that the people involved with the film were dedicated to telling a certain story and entertaining audiences despite the small budget they had. Fox’s latest hit filled a certain void people didn’t realize existed with dark comedy and gory action, and it is a void that Disney does not need to explore as they continue to deliver their own creative films that keep audiences filling seats around the world.