Less than a month ago Alex Hirsch, creator of the already-ended Gravity Falls, posted a cryptic twitter message. What followed next was nothing short of an international, puzzle-solving, clue-finding hunt by fans working together all across the world. In less than two weeks every code was decoded and led the dedicated fans to Reedsport, Oregon, where they found an actual statue of the show’s villain Bill Cipher – the very statue, in fact, used in the last scenes of the show’s finale, according to i09.

In the same i09 article, Hirsch expresses his surprise at the success of this adventure. “The community has swelled in size,” Hirsch said, and indeed, it was only with the help of hundreds, perhaps thousands, of fans around the world that this puzzle was solved.

This kind of popularity isn’t uncommon for Disney franchises, but it is impressive to see a Disney XD show – especially one marketed towards children – result in a fandom of this size and dedication. Disney could learn quite a few things from this post-Gravity Falls mystery:

The internet is powerful 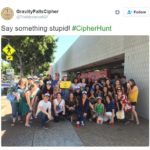 Disney knows this well already – with the establishment of Disney blogs like Oh My Disney and Disney Style Blog, it’s clear that Disney understands that the internet is their best tool when it comes to connecting with their audience.

Beyond simply using the internet, however, the Cipher Hunt actually interacted with fans, bringing them into the story through the internet. Pokemon Go and the Cipher Hunt both demonstrate that communication with fans can be more than one way; in other words, viewers like to be made a part of the storytelling. 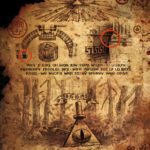 Social media like twitter were used to further the story of the Cipher Hunt and, therefore, the fans themselves had a big effect on the mystery. Certain clues, for example, were only released as they were solved by fans, and these fans had to work together around the world to solve the puzzles. The Cipher Hunt brought elements of the show into the real world – a strategy that seems to have resonated with viewers.

Passion for a franchise can go way beyond expectations (and cultural borders!) 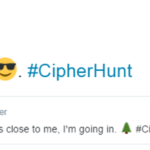 The Cipher Hunt inspired immense passion and dedication in the show’s fans. There were people from all over the world sharing clues and solving puzzles, and even more following the hashtag #cipherhunt. Clues were solved quickly due to the dedication of fans who not only completed puzzles, but also traveled to physical locations to continue the hunt. Jason Ritter, the voice of Dipper Pines, and Ariel Hirsch, Alex Hirsch’s sister and the inspiration for Mabel Pines, even joined in!

Disney already has a worldwide fanbase, but the Cipher Hunt shows just how far fans are willing to go (both metaphorically and physically). 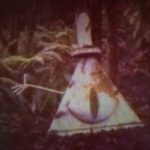 If fans will do this for a show it’s obvious that they’re willing to pay money to own a copy of it. Give the people what they want, Disney!

If you missed the fun of the Cipher Hunt, don’t worry – you can follow the whole journey on reddit, solve the puzzles online, or even shake Bill’s hand in real life (after the statue is moved, according to Alex Hirsch).

Hopefully Disney will learn a thing or two about interactivity and passion from the Cipher Hunt, but for now, I think the most we can dream about is that full DVD set.