Te Vaka with Dwayne "The Rock" Johnson (Voice of Maui) at the D23 Expo where they performed a song from the soundtrack in 2015.

Voyagers and way-finders. That is what the ancestors of the South Pacific people were.

Their stories were the kind the South Pacific music group “Te Vaka” wanted to tell when they first banded in 1994. This is the same story being told in Disney’s upcoming film Moana, where a young teenage girl sets sail on a mission to save her people with the help of master way-finder and demigod, Maui. 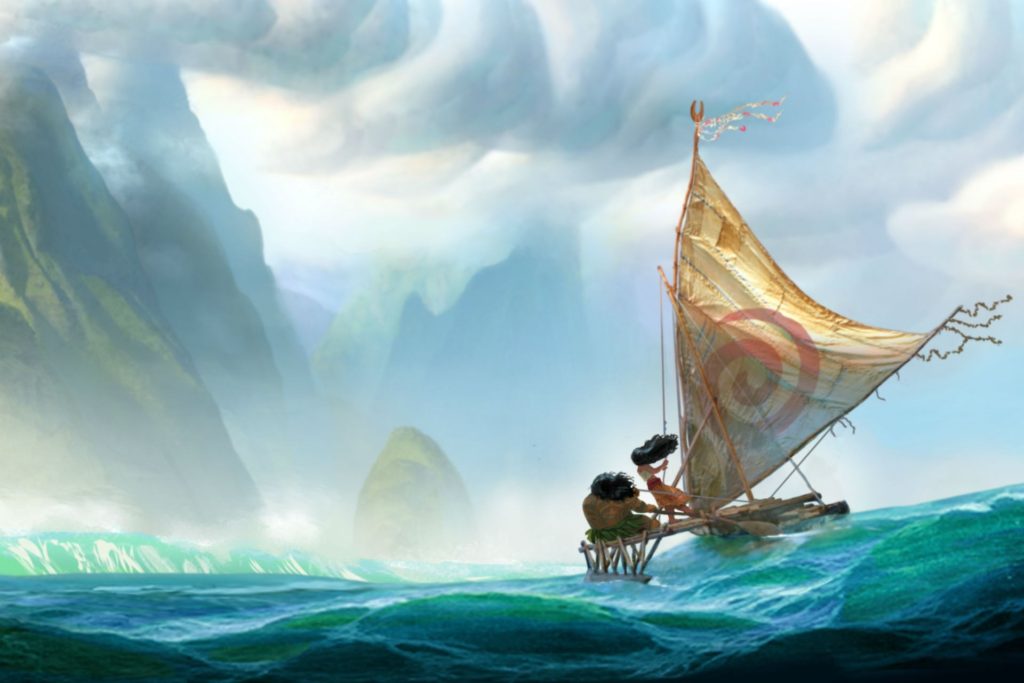 “We wanted to tell the world this beautiful culture of the South Pacific and to tell stories of our ancestors and how they lived,” said Opetaia Foa’i, composer, founder, and lead singer of Te Vaka. “They were fantastic navigators and voyagers. Even the way they lived–I found it absolutely amazing. I was very inspired and visited all the different communities in the South Pacific and found the oldest people I could find and got them to tell me the stories their grandparents told them. We put together Te Vaka to tour the world and to tell the stories of what I’ve discovered.” 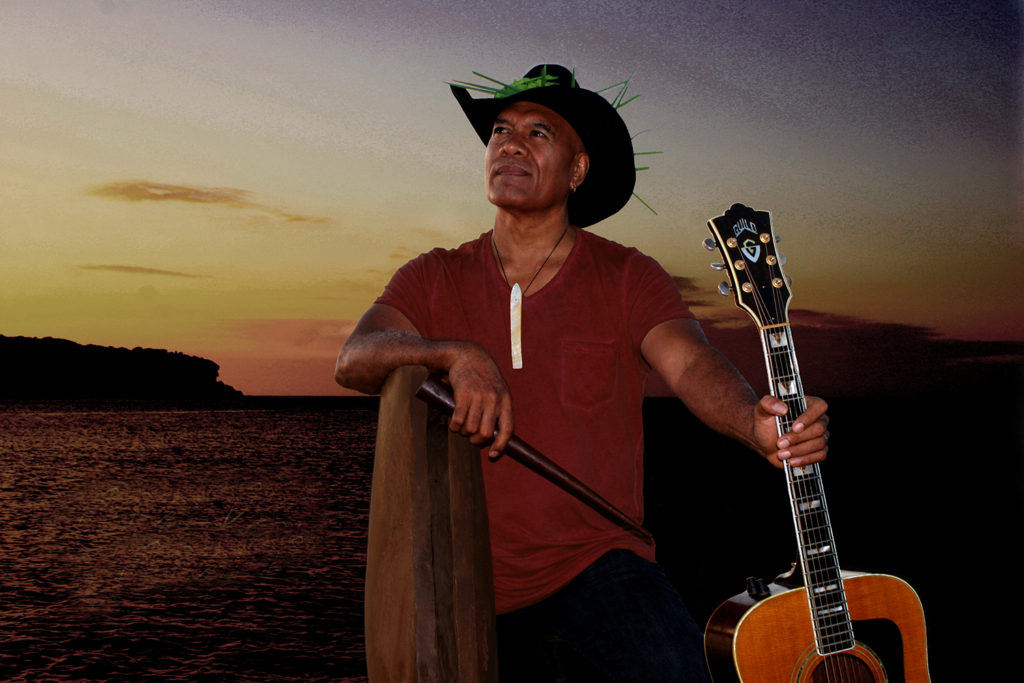 Foa’i wrote songs for the film in collaboration with Mark Mancina and Lin Manuel Miranda. Te Vaka, an award-winning group of musicians and dancers from the South Pacific with a repertoire of over 20 years in the world music industry, performed and recorded the music for the film at Warner Bros. Studio in Burbank, California.

Foa’i was born in Samoa, grew up in a Tokelauan community in New Zealand, and was exposed to traditional South Pacific music at an early age.

“It was a huge responsibility taking on this project,” said Foa’i. “People view it as being put in the spotlight and getting all this attention. For me, it was a big responsibility because I had spent 20 years promoting this culture. This movie is not based on a book, but the stories of our ancestors. It’s a first in many, many ways. It’s going to open up a lot of things for South Pacific music. I think this will enable people to look deeper into and be interested in the genre.” 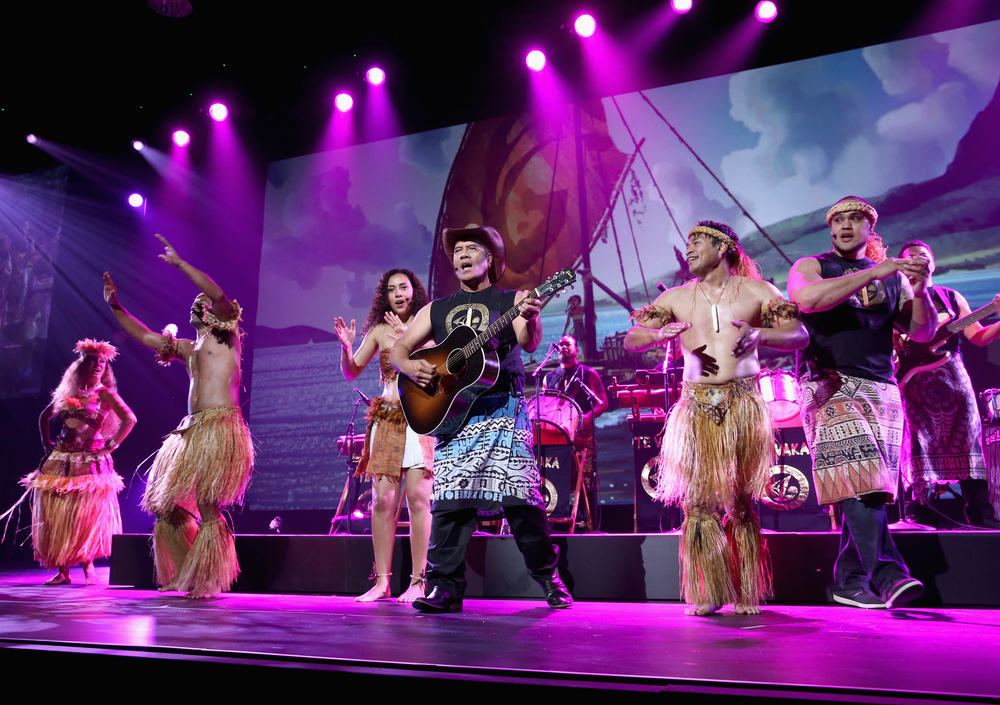 South Pacific music is characterized by chants and vibrant, lively, and rhythmic percussion of instruments like the log drum. For the music of Moana, Foa’i decided that a majority of the songs written would include the Polynesian languages such as Samoan, Tokelauan, and Tuvaluan.

The inherent musical sound and rhythm of Polynesian language adds to the rhythm of the song. Julie Foa’i, manager of Te Vaka and wife of Opetaia, also mentioned that Opetaia wrote not only songs, but also musical segments throughout the film such as the opening title sequence, which features their own daughter.

“South Pacific music originally has no melodies,” said Foa’i. “There are a lot of chants and rhythms, which makes it very different. I’m very proud that Ron Clements, John Musker, and John Lasseter agreed that this was the direction they wanted to go for the film’s music. As much as possible and whatever I could get away with, I tried to insert as much Pacific language as I can.” 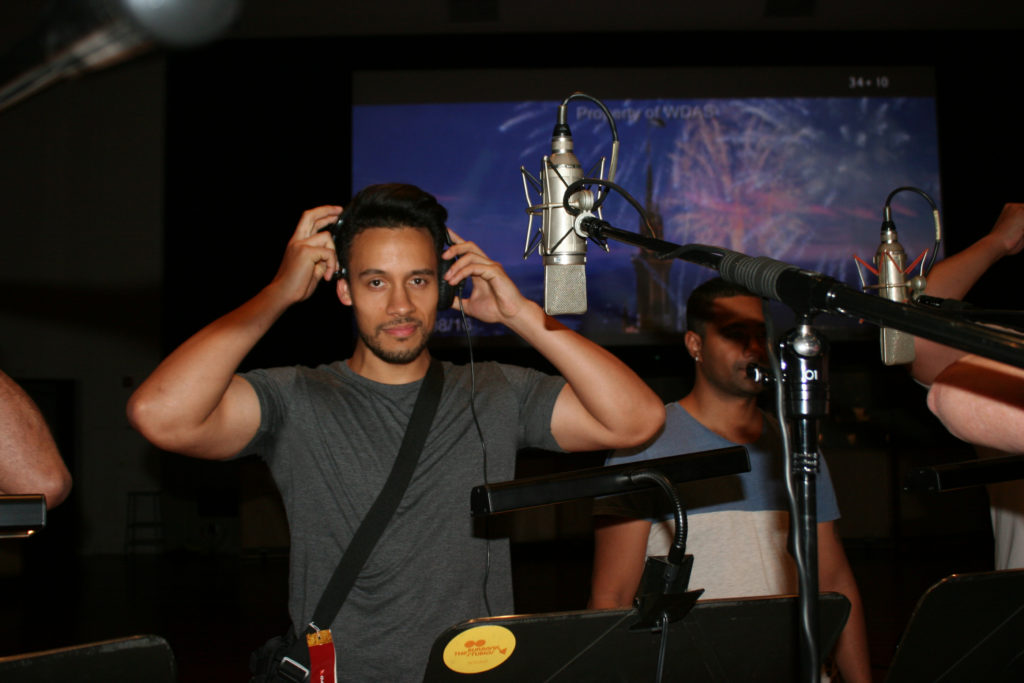 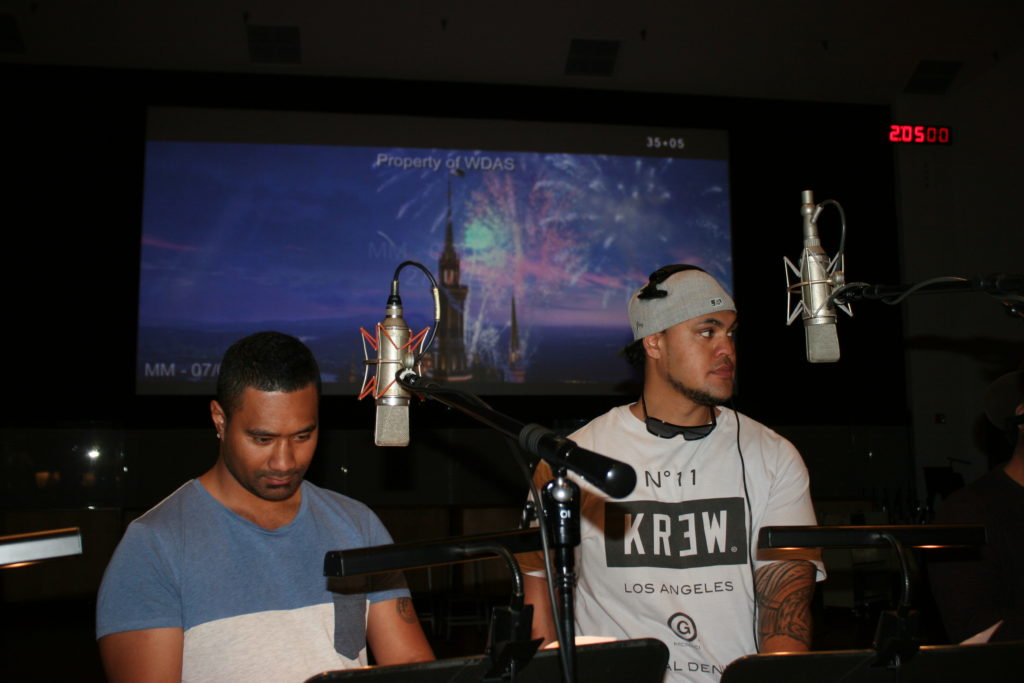 When Foa’i was invited to Burbank late 2013 as an introduction to the project that came to be Moana, he was so inspired by the project – even in its early stages – that he wrote the title song “We Know the Way” on the plane ride back home. Indeed, directly after that trip, Opetaia and Julie went to a secluded area in New Zealand called Waihi to work on the music for Moana.

“We went to a place that had no electricity, had a river running through it, lots of animals running around, and just a log drum,” said Foa’i. “I immersed myself in writing these songs. There were turkeys, rabbits, and geese everywhere so every morning, we had to be very careful where we tread when we went out. It was very basic living. We were there for three-four months just writing. It was a very new experience for me writing for a movie, so I had to quickly learn how it went.”

The song “We Know the Way” later became a collaborative effort with the other composers as Miranda contributed to the song, adding English lyrics. Foa’i commented on how well he and the other composers understood each other and unanimously agreed on the sound they were shooting for.

“‘We Know the Way’ means so much to me because it matched the power and the confidence that these ancestors had when they sailed the seas,” said Foa’i. “You can’t help but be taken when you hear that song with the animation. I think people who are from the South Pacific will really feel a sense of pride rise up when they hear this song. We do feel like we’re representing the South Pacific so when we went to record at Warner Bros. Studio in Burbank, it felt like we were taking our ancestors with us. It was a spiritual experience and hopefully that will resonate with people when they see the movie.” 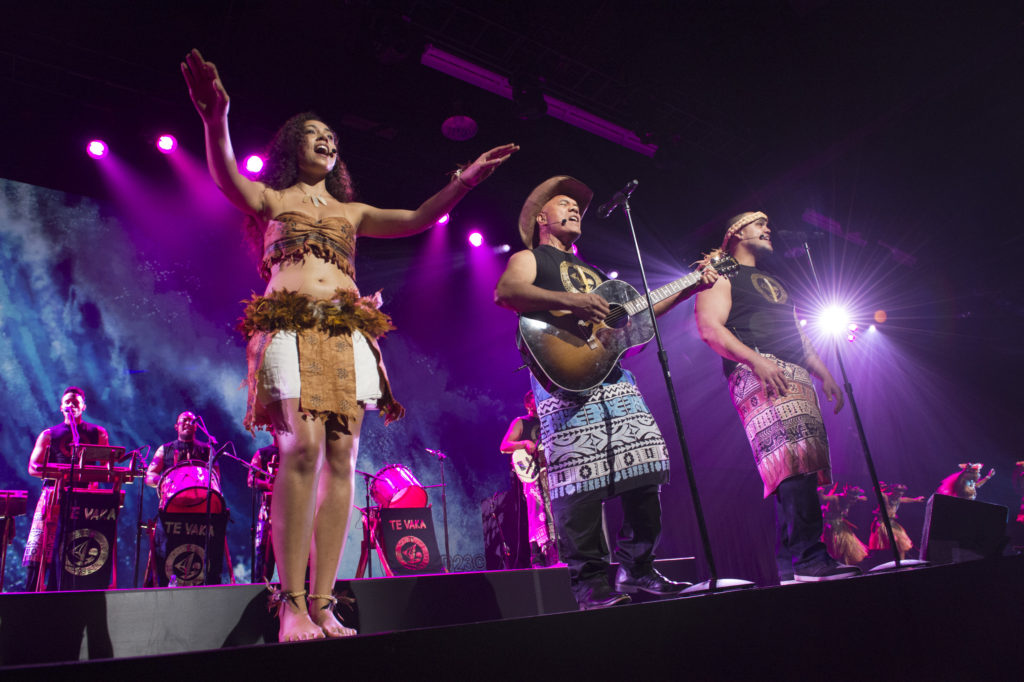 Te Vaka will be performing at the red carpet premiere of Moana at the El Capitan Theatre on November 14th and will be attending premieres in London and New Zealand. Meanwhile, Foa’i is also excited to work on his ninth album with the rest of the group.

Hear a snippet of “We Know the Way” below!