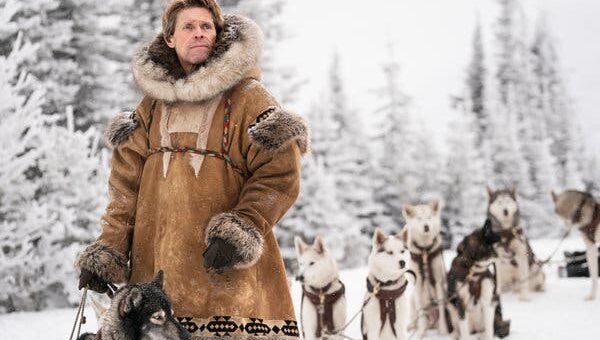 Everyone has an interpretation of what a dog movie will be like. For some, it’s fun like “Lady and the Tramp”, while others think of them as live, deep emotional narratives like “Homeward Bound.”

In Disney+’s new original film “Togo,” that interpretation was a central component for the filmmakers in thinking about how their dog story would be told.

“I couldn’t get through the script without crying,” says producer Kim Zubick. “Not just because it was a good story, but the things that came about when reading through it, like special bond between humans and animals, including my own.”

“Togo” tells the story of a real-life event back in 1925 where Leonhard Seppala, a Norwegian sled dog owner, musher, and trainer, helped save his town from a diphtheria outbreak by retrieving an antitoxin serum that was only accessible via a 670+ trail during an unusually cold -100* F winter in Alaska. Oh, and the only efficient way to do it was using his sled dogs all led by one named Togo.

But Ericson Core, the director of “Togo,” thinks that doing a movie about an epic adventure with cute Alaskan Malamutes wasn’t what this dog movie would be about

Like Seppala and Togo, Ericson had a strong relationship with his own wolf that allowed them to communicate and work together in a unique way. According to Ericson, it’s a similar bond that was a large factor of why the “Serum Run” was successful in the first place.

Ericson continued, “I learned more about myself through him [my wolf] than anyone. I know that Seppala learned a lot about himself through Togo. The more I thought about those similarities, the more I realized that our story could speak more those relationships that all people have with their animals.”

It isn’t a one-sided relationship either. The filmmaking team needed to find dogs that could translate that relationship authentically as actors would. “Like any dog, they wouldn’t always do what we wanted them to do, but when they did, they brought their true selves,” Ericson said.

The dogs’ true selves lent to what really is a documentary with a nice blend of real-life history, humans and their dogs, as well as the beauty and purpose that sled dogs have in our world.

“Hopefully people value their relationships with their animals more after watching this,” said Zubick. “They aren’t disposable. It’s a long time honor to have animals as companions, and we need to respect that.”

Our special thanks to Ericson Core, Kim Zubick, and Disney+ for contributing to this story!