What happens to Imagineers after they have spent years working on making magic come alive are done with their project? Some, continue their careers elsewhere.

As the Orange County Register reported, Disney has created their own competition. When Walt Disney sat at a bench watching his daughters play and decided to create a theme park, he came up with something that had never been seen before. Sixty years after the creation of Disneyland, there are now companies specializing in theme parks.

Thierry Coup, a former Imagineer with the task of revamping Tomorrowland in the early 1990s is now the Senior Vice President of Universal Creative. He is responsible for attractions at Universal’s theme parks around the world. He has worked on Harry Potter and the Forbidden Journey, Transformers: The Ride and Despicable Me: Minion Mayhem.

Adam Bezark started The Bezark Company which creates “spectacular experiences that shimmer in the memories of visitors around the world.” They have worked on producing events for the White House, helped develop the concept for Fantasmic, and the concept for the Jurassic Park ride . They are currently participating in the creation of Shanghai Disneyland. 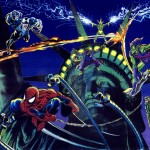 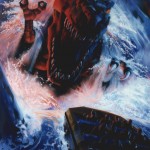 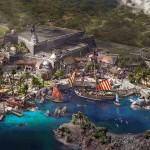 The creation of competition has also benefited Disney though. Scott Trowbridge worked for Universal Studios designing the Islands of Adventure before taking on the role of portfolio leader for Disney. In 2014, he moved into a project studio dedicated to the Star Wars franchise.

So, if you decide to visit The Wizarding World of Harry Potter at Universal Studios Hollywood, it’s very likely some of the people that made your favorite Disney attractions also made Harry Potter come to life.

It’s a small world after all.