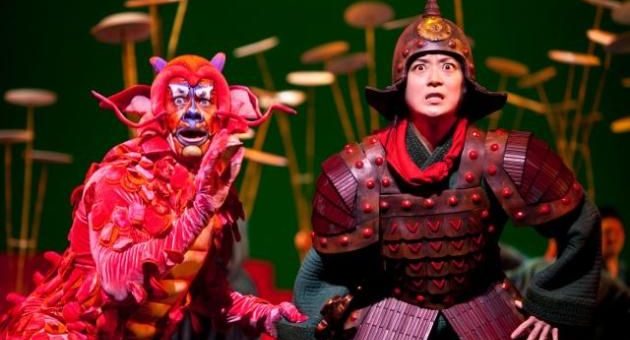 Before ABC revealed its lineup for its 2016/2017 TV season. ABC will have a variety of new shows that come in a variety of stories and formats. But there’s one thing that they haven’t explored yet – a live musical.

These musicals are the ones that aired “live” Grease Live! of Fox and The Sound of Music on NBC in recent past. Now, it’s ABC’s turn to take a stab at the new type of programming. “We’ve definitely been in those conversations and we have some things we’re currently in development on,” ABC entertainment president Channing Dungey said in a conference call before revealing the lineup in New York City.

She continued, “This is a space that’s already become very crowded. When we make our play in that space, we really want to make sure it’s the right project for us to be doing and one that really speaks to the heart of who we are at ABC and as a part of the Disney family.”

And when she speaks of “Disney family”, she speaks about pulling from the Disney canon of musicals. Disney Theatrical Productions has been the arm of the company to create adaptations for the stage and most of their shows have been pulled from Disney’s animated classics (with the exception of Newsies). That won’t stop them from looking into other Disney stories though!

When Disney debuts their live TV musical, what do you hope it would be? An animated film? A live-action movie? A Disney Channel/Disney Junior show?

Tweet us @DisneyExaminer with your recommendations. I personally would love to see a Mulan musical! #GoAsians