Lucasfilm, the production house that has made Star Wars and this unofficial holiday matter, is celebrating well today. As many know, George Lucas created to helm films like “Star Wars” and “Indiana Jones” has its headquarters in the picturesque area of San Francisco called The Presidio.

The two-building campus is situated on top of a hill and overlooks the Golden Gate Bridge, Palace of Fine Arts, and Downtown San Francisco. It’s a nondescript building with no markings on it aside from a Yoda fountain right outside the entrance.

Inside the building itself is where any geek would go nuts. That’s because the halls and lined with movie memorabilia that might be worth millions of dollars! Around every corner of the California Craftsman-style designed interior, you’ll find props like the Holy Grail from “Indiana Jones and the Last Crusade” to the detailed replicas of spaceships used in some of the “Star Wars” films.

On another level of the building are the executive/production offices of Industrial Light and Magic (more commonly known as ILM), the visual effects company that sits under Lucasfilm. ILM doesn’t just do VFX for Lucasfilm projects, but any production’s visual work. Hundreds of films like “Jaws”, “Galaxy Quest” and “Jurassic Park” have used ILM’s talent and resources to make the unbelievable, believable. That all means that many of those VFX props and tools can be found in and around ILM’s floor of Lucasfilm HQ.

In summary, Lucasfilm’s SF headquarters is basically a museum to some of the world’s best movies. Whether you’re a Lucasfilm/ILM nerd or just a huge movie buff, you’ll most likely be getting inspired (or very envious) of the place you’re visiting or working at.

While the Lucasfilm campus doesn’t do public tours, curious guests can hope that the new museum being built by George Lucas in Los Angeles will have many of those movie artifacts and charm that the HQ brings! 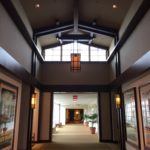 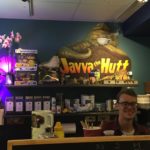 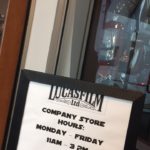 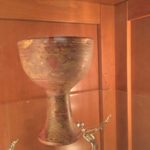 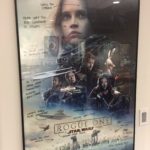 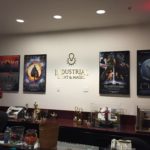 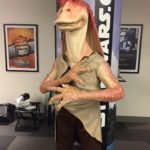 Check out our other visits to Disney’s HQ spaces!