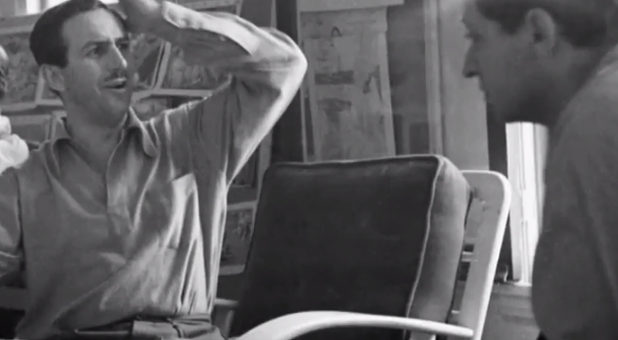 Yesterday marked the 50th anniversary of Walt Disney’s death and celebrations were had in various forms, including D23’s official Walt Week tribute walls where guests at Disney Parks could post their own sentiments about the man. While many of those notes were simple like “thank you,” many tributes were basically a spelled out version of something that I’ve seen and heard of in the past:

“You’re truly the most inspirational person there ever was.”

“You made my life great because of what you made.”

No, these people weren’t talking about a deity or demigod. They were talking about Walt Disney. There’s much to agree with on the super Disney fans’ statements. There’s no denying that throughout his life he did some amazing things that were revolutionary and great in scale and effect, but the truth of the matter was that Walt Disney didn’t think he was great at all.

“He would have laughed if he heard a lot of those things,” said Disney Legend Floyd Norman. “He wasn’t a perfect man and he knew it.”

Norman, along with other Disney Legends like songwriter Richard Sherman and animator Andreas Deja were on hand for the launch of the new Walt Disney Film Archives book in Beverly Hills last night, the exact day 50 years ago that Walt passed. It was a fitting night as the book itself reminded them of who Walt really was because they knew him personally or through people who did.

While they remember the results of Walt’s good work, they also remember the difficulties of working with him along the way. 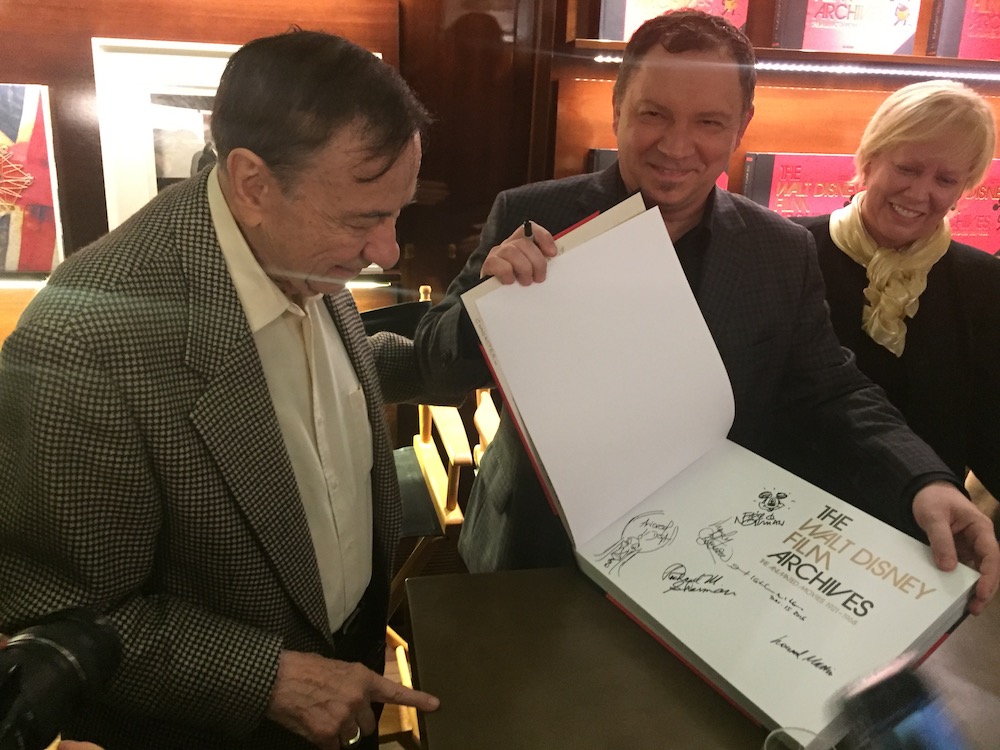 Richard Sherman (L) and Andreas Deja sign a copy of the Walt Disney Film Archives book at the launch party in Beverly Hills on Dec. 15, 2016

“There are still a lot of misconceptions about who he really was,” said Sherman at the event. “He was a really good man with a kind heart, but we didn’t take advantage of it.”

“He was really focused,” said Deja. “That focus might have rubbed off on people if they didn’t know that’s how Walt worked.” The criticisms that Deja was alluding to were deeply emphasized in the PBS documentary that aired last year, that varied from dealing with sexism and competition to lack of passion and attention to detail.

While those troubling aspects of Walt were never really highlighted because of the public nature of his good works, they still ought to be acknowledged in some way because Walt himself would want you to. “I think it was important to him that people criticized him,” Norman said. “Everything he did was for them, not him. I genuinely believe that.”

Deja added, “Inspiration is different from admiration. I think you can be inspired by his work, but I think you’re doing Walt a favor by looking back from afar and seeing him for who he really was – a human who was trying to do good.”